At the V&A: idyllic landscapes

Everywhere you are in the V&A, you can see wonderful paintings, from Corots to Constables, and on ceilings, china, chintzes and chair backs.   Here are just two of my favourites.

This fresco painting shows Dolbadarn Castle* and Lake Llyn Padarn in Snowdonia.  Sandby had published a series of aquatints of the newly fashionable romantic scenery of N. Wales in 1776, but this rustic landscape beyond its picket fence was painted 17 years later for Sir Nigel Gresley's dining room at Drakelow Hall in Derbyshire.
Every wall was painted with a landscape behind a green trellis to suggest dining in a garden room 'al fresco'.  Even the fireplace was set with stones and shells as if the entrance to a grotto.  The house was demolished in 1934 and only this one wall survives.   It is tucked away in the Fashion Gallery at the V &A Museum, with only a few 1930s photos to show the room's full picturesque conception. You can console yourself by enjoying the actual fashionable dress of the 1790s around you, as if on the way to dine with Sir Nigel. 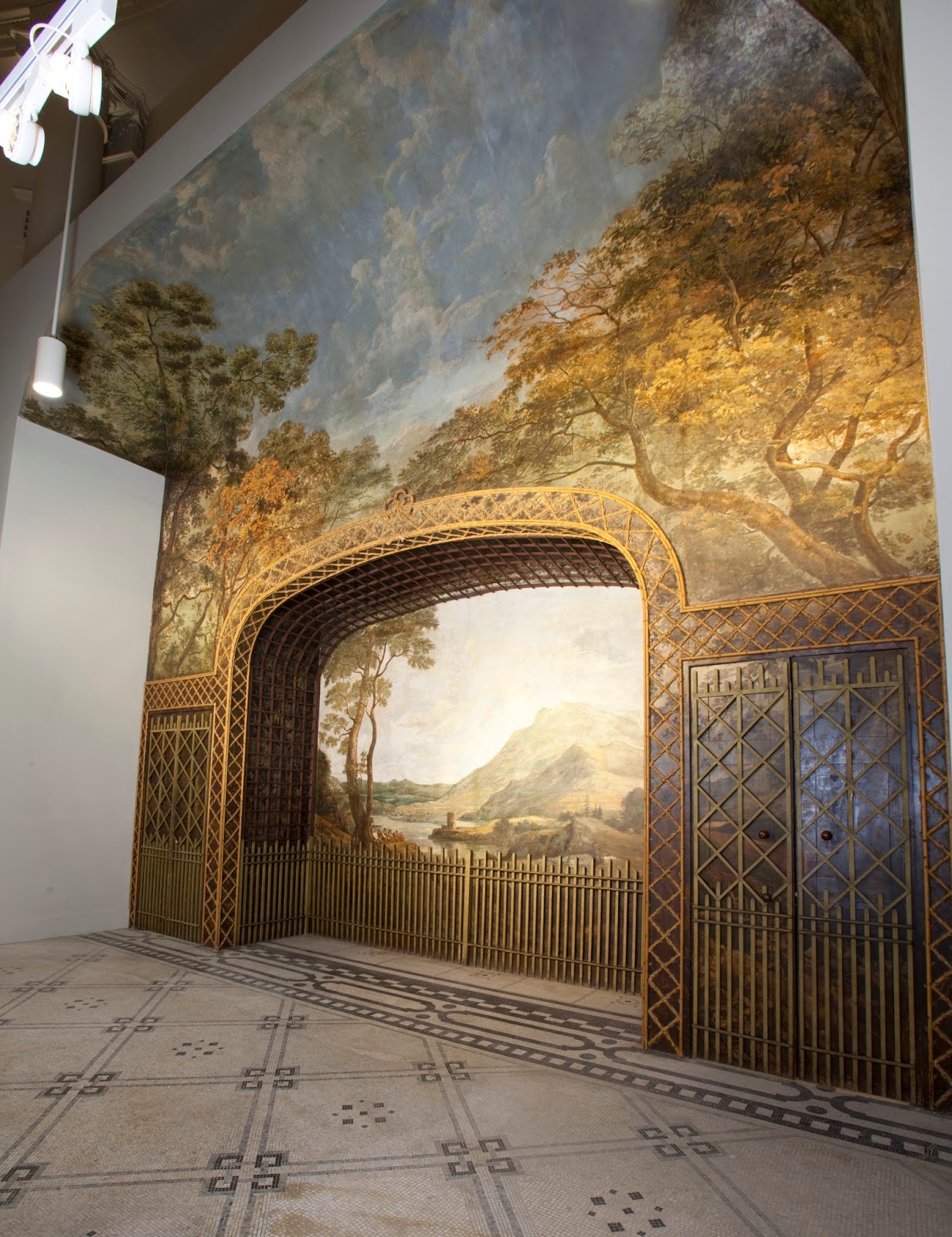 Wall from the dining room at Drakelow Hall  Paul Sandby 1793
© Victoria & Albert Museum
*Turner's magnificent painting of Dolbadarn is in the Museum of Wales collection.

A century later, this Pre-Raphaelite painting also has classical antecedents.

I know little about this painting and almost don't want to know more so that it retains its mystery; it has a sense of Piranesi's ambiguous buildings and Wilkie Collins' elusive "woman in white".
The sitters were the three elegant, glamorous cousins, Aglaia Ionides Coronio, Maria Zambaco and Marie Spartali. They were society beauties, art patrons, models and artists themselves, known as 'the three Graces'.   Maria Zambaco had a tempestuous affair with Burne-Jones and is the subject of several of his best-known paintings.   The Mill took Burne-Jones a decade to finish, and for me, its strange mood is summed up in his own words about his art:

"I mean by a picture a beautiful romantic dream of something that never was, never will be - in a light better than any light that ever shone- in a land noone can define or remember, only can desire - and the forms divinely beautiful."