"Though you untie the winds and let them fight
Against the churches; though the yesty waves
Confound and swallow navigation up;"

and there was a special interest in the seventeenth century in the shamanism practised in Lapland, (possibly sparked by a series of witchcraft trials in Sweden).  The Sami culture, rituals and way of life were chronicled by Johannes Schefferus in 1673, aiming to prove that Swedish military success was not dependent on Sami magic.  But in the contemporary western European translations, chapters drawing on preconceived ideas of the Sami's  sorcery, drums, and pagan practices were inserted, without factual evidence, a case of publishers giving their readers the sensational accounts they wanted to hear, rather than a true picture. 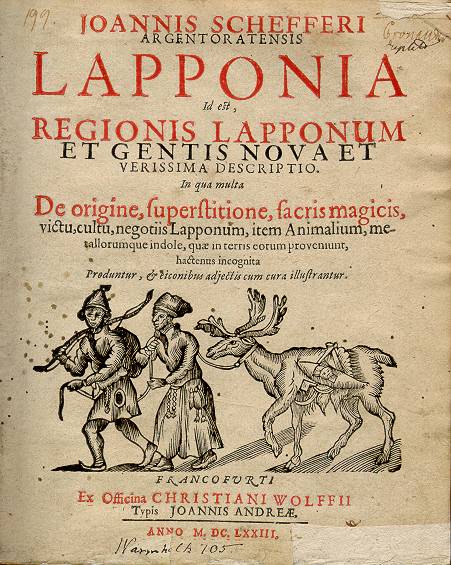 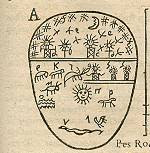 A young English diplomat in Stockholm, William Allestree, in 1673 sent home drawings of native Lapplanders to friends in England,  and later gifts of Lapp elkskin boots.  The ship carrying the boots, however,  was sunk,  which no doubt some superstitious readers of the adapted Lapponia translations would blame on the shamans' powers.  As Allestree  jests in his letter :

"Sir, yours of April the 14th, came to me on 17th Sept: by which you will judge, that either the Laps had no power to hasten it, or that they are no friends of mine, nor I at all in their book'es, who would deprive me so long of so great a kindness.  I could have wish'd, that as this, though late, came at length, the Laps-boots had had the same conveyance to you, and if they were lost in the sea, you may see, that though their makers are accounted witches because they cannot sinck, yet the boots who did so, were honest.   If the ship which carri'd them had not let in water, I am confident they would have held it out, and had the vessel bene in them*, it had been safer, then they were, being in it."
[*the elkskin boots, fur side out,  were waterproof]