Entertaining the Moroccan Ambassador in 1682 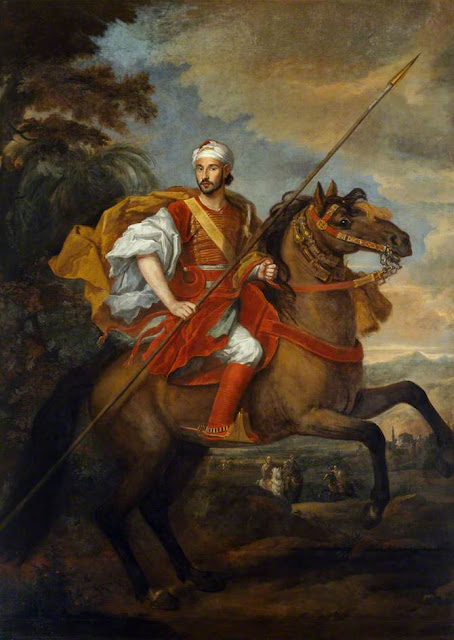 
The visit of Muhammad ben Haddu al-'Attar, the Moroccan Ambassador to England in the reign of Charles II, is recorded not only in this dramatic portrait in the style of van Dyck, but also by the institutions he visited, in the newspapers and in diaries.  He was in England from late December 1681 until 23rd July1682.

John Locke's friends also mentioned the ambassador in their letters to him.  Writing on 9th May, 1682, from Thames Street, on the route between the Tower and Westminster, Mrs Anna Grigg breaks into her rather cross letter to note that,

"just now pases under my window the Morrocco Embasador, in civility to him I will begin to be calm lest he should popp up and say I look sowerly, and that my writing now may have some merit these men in blanquets are at this minute at my Elbow dining…"  Locke Correspondence, E.S. De Beer

Muhammad as the Moroccan ambassador may have been in the procession, but this was the date when the ambassadors from Bantam (Java)  entered into London, so she may have been mistaken.   "Blanquets" hardly does justice to Muhammad ben Haddu's colourful velvet riding habit in the Kneller painting.  He was much admired for his daring horsemanship, seen riding regularly in Hyde Park.  Godfrey Kneller was the court portrait painter, but  Jan Wyck, a Dutch Baroque painter of military scenes, would have been called upon to provide the mettlesome horse and the exotic landscape in the background.

John Evelyn records his appearance at court in January 1982: "Saw the Audience of the Morroco Ambassador: his retinue not numerous, was received in the Banqueting-house both their Majesties present:" 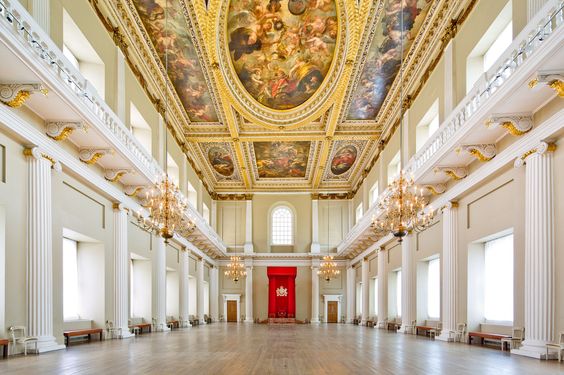 "he came up to the Throne without making any sort of reverence, bowing so much as his head or body: he spake by a Renegado English man, for whose safe returne there was a promise:   They were all Clad in the Moorish habite Cassocks of Colourd cloth or silk with buttons & loopes, over this an Alhaga or white wollan mantle, so large as to wrap both head & body, a shash or small Turban, naked leg'd & arm'd, but with lether socks like the Turks, rich Symeters, large Calico sleev'd shirts &c: The Ambassador had a string of Pearls odly woven in his Turbant; I fancy the old Roman habite was little different as to the Mantle & naked limbs: The Ambassador was an handsom person, well featur'd, & of a wise looke, subtile, and extreamely Civile: Their Presents were Lions and Estridges &c:  Their Errant, about a Peace at Tangire &c:…"  Evelyn Diary, 11th January 1682

At a banquet in their honour two weeks later, "both the Ambassador & Retinue behaved themselves with extraordinary Moderation & modestie, though placed about a long Table a Lady between two Moores: [the ladies*]…as splendid as Jewells, and Excesse of bravery could make them:  The Moores neither admiring or seeming to reguard anything, furniture or the like with any earnestness; and but decently tasting of the banquet :  They drank a little Milk & Water, but not a drop of Wine, also they drank of a sorbet & Jacolatte: did not looke about nor stare on the Ladys, or expresse the least of surprize, but with a Courtly negligence in pace, Countenance, & whole behaviour, answering onely to such questions as were asked, with a greate deale of Wit & Gallantrie…"
Evelyn then likens the Russian ambassador to " a Clowne, compared to this Civil Heathen".
*the hostess was Charles's mistress, Louise de Kerouaille, Duchess of Portsmouth and the bejewelled Ladies included Nell Gwyn and others.

While in London, the Ambassador visited the Royal Society and also Lincoln's Inn, who have his signature in their archives with that of his secretary/translator,  but no details of his visit in their records.

The Arabic inscription reads as:
Praise be to God alone! Written by the servant of the wise, the pilgrim to god, Muhammad the son of Muhammed the son of Haddu, belonging to Sus, the Bahamwani.  May God be gracious unto him! Amen."    ©  Lincoln's Inn archives, 4th March 1682

The ambassador  was also a guest of the Royal Society and visited Oxford University at the end of the month.  He broke his dusty journey at Shotover on 30th May,  (" a sweet place".. according to Evelyn) as guest of Sir Timothy and Lady Tyrrell, the parents of Locke's friend James, where he experienced the contemporary equivalent of "afternoon tea" in an English country garden. 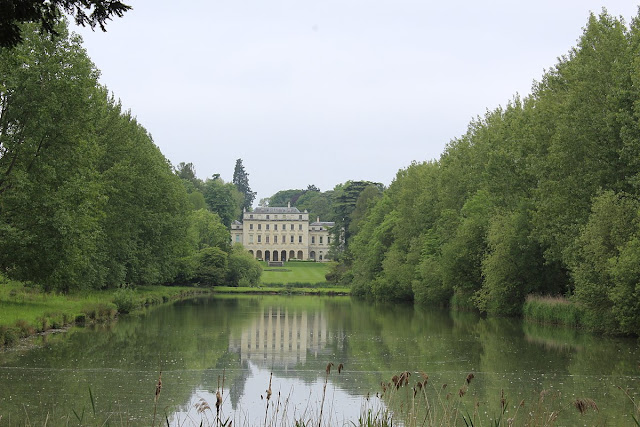 Shotover House, new built by James Tyrrell , c. 1713-18
"There is here in the Grove, a fountain of the coldest water I ever felt : 'tis very cleere, his plantations of Oakes &c. is commendable"  Evelyn, Diary 1664 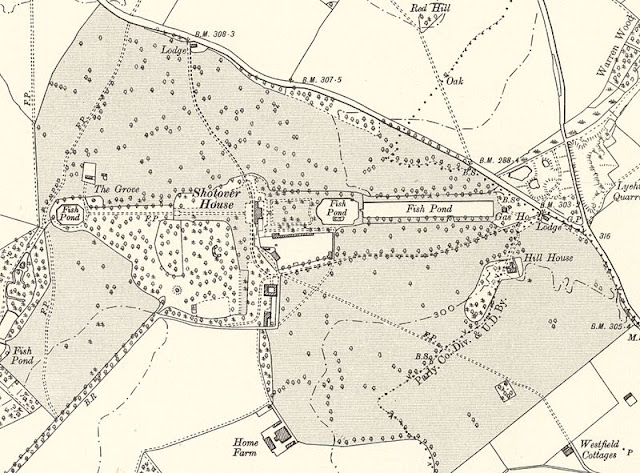 "as for the Entertainment of our Moorish Embass: since you expect a further account of it
all I can tell you is that the collation was in the well Arbour, which was the more surprizeing because he expected nothing there, which stood all ready against he came in being onely sweetmeats and milk- meats; Tarts etc. he eat of many things but drank nothing but milk and water and seemed by what I hear, much better satisfyed with this runing banquet then with that which was much more costly that my Lord Bishop made him.  His carriage was very civill and obliging; and his parting complement I shall not forget.   which was, his prayers that wee might all (of that Family) live long to enjoy that pleasant place, and that our good K. might live as many years as Adam, and when those were past live them over agen, that wee might alwayes live in peace."

James Tyrrell writing to Locke, June 1682.  Locke Correspondence (as above).