Part 2. "The Moon takes up the wondrous tale" * 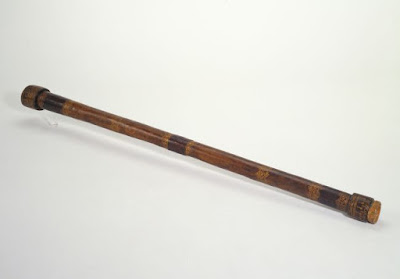 The early telescopes were not perfect.  When  a founder member of the Royal Society,  Sir Paul Neale (or Neile) enthusiastically claimed to see a giant elephant on the Moon, it proved to be a mouse which had crept in between the tubes, along with gnats and insects, which were interpreted as Lilliputian armies.   These Royal Society virtuosi were duly mocked by Samuel Butler as:


"learned men who greedily pursue,
Things that are rather wonderful than true."

He attacked their aims and their methods as they


"... grew distracted, whether to espouse,
The party of the Elephant or Mouse.
Some held there was no way so orthodox
As to refer it to the ballot box".*

Fortunately sense and the empirical method prevailed, and the telescope was taken apart to reveal the mouse.   [Maybe our politicians today should read Butler's poem.]

The early lunar romances were popular with the educated.  Before Bishop Godwin's flying swans, Ariosto in his Orlando Furioso, 1532, sends his hero, Astolfo, a knight of Charlemagne, flying around on a hippogriff, half eagle and half horse (as described in Virgil). 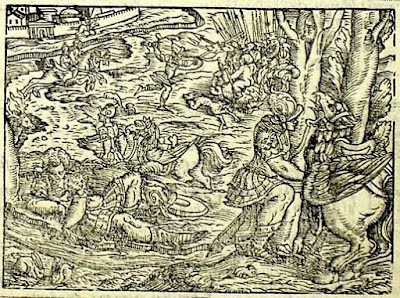 Reaching Paradise, Astolfo is then sent to the Moon in Old Testament Elijah's flaming chariot, where he discovers mad Orlando's lost wits, for according to myth, everything lost or wasted on earth is found on the moon.  How prescient were these writers from antiquity?

The twentieth century American novelist, Herman Wouk, wrote a strange little Utopian journey to the moon in The Lomokome Papers in 1949.  A US. Naval astronaut crash-lands and is captured and taken down to a subterranean (sublunar?) world.  The story is pieced together from fragments of his log, found near the crash site, interspersed with sections of government reports of their findings.
As in other Utopias, the hero discovers the failings of the Lomokome system:  -- "All the Hydrogen Belongs to All the People" -- and their chilling Law of Reasonable War and Death Day, which "reduces a foolishly chaotic arrangement, which threatens our total destruction, to a sane, safe, workable process". 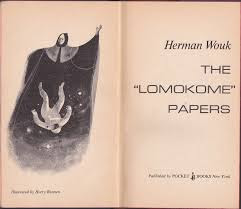 Interestingly, by 1967 Wouk is "sobered by the speed with which truth is overtaking my grim fiction", but thought that, "the moon voyage as a literary form, approaches total eclipse". 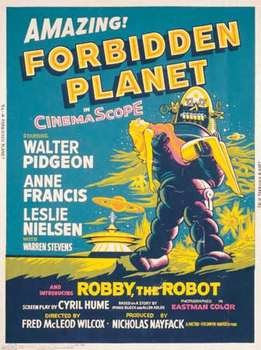 Where it has blossomed of course is on the screen, whether based on existing novels, or created by directors and authors now writing screenplays.  The Forbidden Planet, of 1956, based by its original writers Irving Block and Allen Adler on Shakespeare's The Tempest, is regarded as the forerunner of the genre, which took off in the 1960s with many notable films and TV series.

To mention just two, 1968 sees Kubrick's unforgettable 2001: A Space Odyssey, based on a story by Arthur C. Clarke: 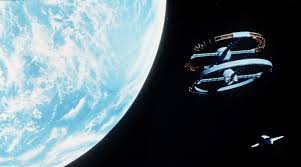 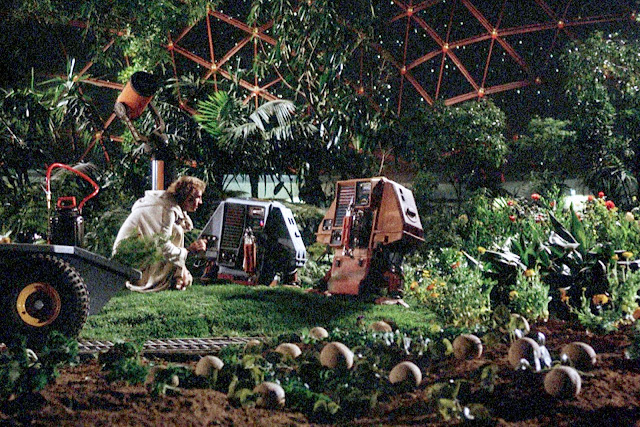