Sir William Hamilton,  British Envoy to the Kingdom of Naples, is popularly better known for losing his wife Emma, Lady Hamilton, to Admiral Nelson.  Fewer people know that he was also a pioneering vulcanologist, observing close-up and recording eruptions of Vesuvius, and an avid collector of classical antiquities, particularly vases and cameos, many newly excavated.  It was from his collection and particularly the illustrated engravings in Baron D'Harcanville's catalogue (The Collection of Etruscan, Greek and Roman Antiquities from the Cabinet of the Hon'ble Williiam Hamilton)  that Wedgwood drew inspiration for his finest vases. " Good models give birth to ideas by exciting the imagination." 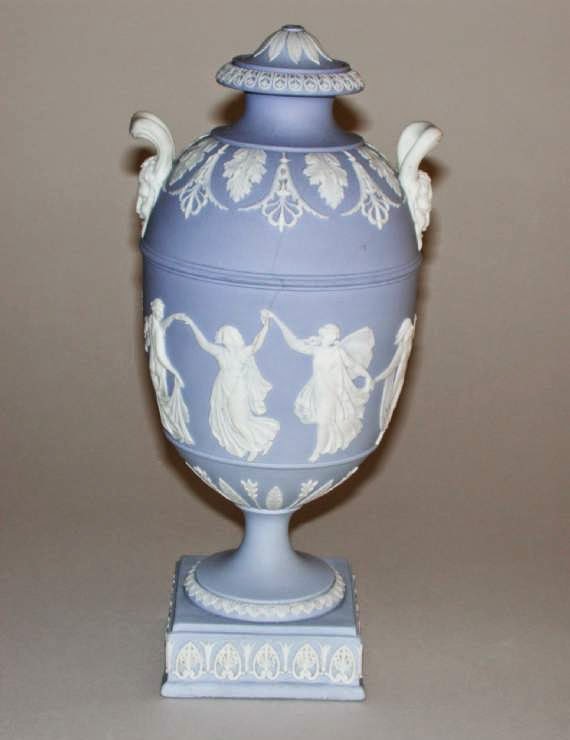 The son of a plaster modeller, the sculptor John Flaxman junior began designing for Wedgwood in 1775,  and helped create some of Wedgwood's finest pieces, including the Pegasus Vase; the Dancing Hours relief remains one of his most popular designs.

He drew Wedgwood's attention to the famous antique  Portland Vase when it first came to England: "I wish you may soon come down to see William Hamilton's Vase, …. it is the finest production of Art that has been brought to England and seems to be the very apex of perfection to which you are endeavouring to bring your bisque and jasper."

for Sir William Hamilton's career see Fields of Fire, David Constantine
and to stop the Wedgwood Collection dancing away:  www.savewedgwood.org.uk