"A taxi motored me to Wotton House where I lunched and spent the afternoon.  Today it belongs to John Evelyn, just as it belonged to the diarist John Evelyn in the seventeenth century. It is a long rambling, untidy house.  The nucleus of it is Jacobean, and a few rich doorways of that period survive upstairs.  But the present Evelyn's grandfather spoilt the house in every conceivable way in the 1870s. In the hideous Ruskin-style library are many rare books, including some 200 of Evelyn's own; also royal seals, miniatures and nineteenth-century busts.  There are innumerable family portraits , including three of John Evelyn, of which the Kneller is the most remarkable. 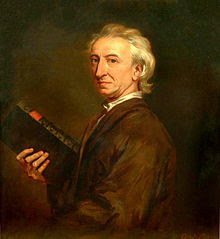 There is a table carved by Grinling Gibbons, whom Evelyn discovered, and an Italian ebony cabinet* in which Evelyn's manuscript diaries were found.  The army have occupied most of the house during the war.  They allowed a fire to blacken the original door cases, walls and ceiling of the dining-room.  Could Evelyn have called in Wren to design this room?.  The garden, now a wilderness, has a mound cut into terraces by Evelyn, and below it a temple on Doric columns, which he built.  All the trees are magnificent, and the beeches are said to have been planted by him."

John Evelyn travelled extensively in France and Italy as a young man during the Civil War.  In his Diary he records (exhaustively) all the palaces, gardens, churches and art treasures he saw in France and the great cities of Italy:  visiting Genoa, Pisa, Lucca, Florence, Leghorn, Rome and Naples. Full of interesting insights, describing the people and customs,  he only occasionally mentions the food and weather, unless it affected his progress. He travelled by coach, on horse-back, and felucca (subject to storms) and by horse-drawn barge and boat from Bologna and Ferrara along the Po marshes to embark for Venice.  From Venice he journeyed home via Switzerland (he was ill with smallpox in Geneva) and France, where he married the English ambassador's young daughter, Mary Browne, in June 1647.  He left Paris for Calais at the end of September 1647, where he had first arrived four years before, and reached London late on 2nd October. 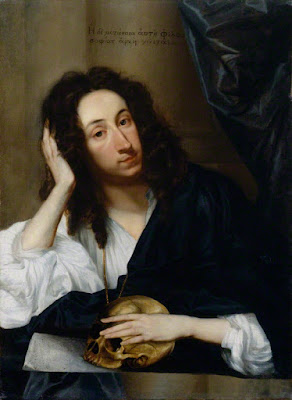 Having only just returned myself from Bologna airport, after several long days of amazing sightseeing in the Emilia-Romagna, I was struck by this poem Evelyn wrote in Naples in February 1645, well before his travels were ended.  Was he remembering the tranquil family home and its gardens at Wotton?

"I left this Ode, …as the Non ultra of my Travells; sufficiently sated with rolling up and downe, and resolving with my selfe to be no longer an Individuum vagum, if ever I got home againe;...

Happy the man who lives content
With his own Home, & Contintent:
Those chiding streames his banks do curb
Esteemes the Ocean to his Orb;
Round which when he a Walke dos take,
Thinks t'have perform'd as much as Drake:
For other tongues he takes no thought
Then what his Nurse or Mother taught:
He's not disturb'd with the Rude Cries
Of the Procaccio's Up & Rise;
But being of his Faire possess'd
From Travelling sets up his rest:
In her soft armes no sooner hurl'd
But he enjoys another World,
Scornes Us who Travell Lands & Seas,
Thinkes there's no countries like to his:
If then at Home, such Joyes be had,
Oh, how un-wise are We, how Mad!"

*I wrote about Evelyn's Italian ebony cabinet in an earlier blog (Jan 2016): see  "A Collector's Cabinet"