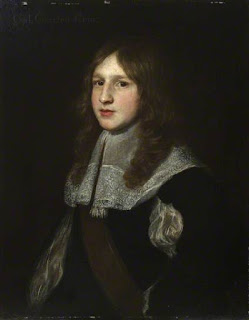 "I went againe to see Mr. Charleton's Curiosities both of Art & nature: as also his full & rare collection of Medails:  which taken alltogether in all kinds, is doubtless one of the most perfect assembly of rarities that can be anywhere seene:  I much admired the contortions of the Thea [tea] roote, which was so perplext, large & intricate, (& with all hard as box) that it was wonderful to consider:" 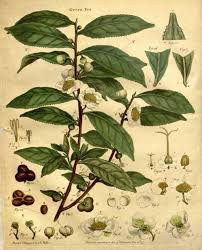 Tea plant, from A Natural History of the Tea Tree  John C. Lettsom 1772

John Evelyn visited William Courten (known as Charleton) several times, to admire his collections of rare medals, paintings, books, shells, minerals and precious stones, plants and natural history specimens from across the globe, which he displayed for visitors in ten rooms in the Middle Temple. 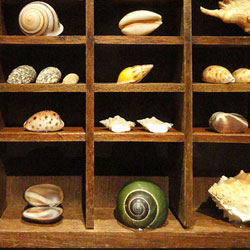 William may have changed his name to Charleton to distance himself from a long, contentious family lawsuit.  He became a wealthy merchant and travelled widely, as well as seeking rarities via his network of friends, including John Locke, whom he met in France in 1675.  In 1679 Locke replies from Paris to his friend Charleton in Montpellier:

"However, I have got into my custody [for forwarding to London] that which I suppose you value most. i.e. six boxes of seds plants ett and one turned one wherein is a green Lizard,  and doubt not on twesday next to have the books at least all those that are not Contrabanded."

Locke gave him a recipe for preserving plants, and in 1685 Charleton is writing from London to Locke in Utrecht about his collection:

"I most heartily thank you for the acquisition you have made for me of 2 such great rarities as the clove, and cinnamon tree branches, and wish I had anything to make a return to the gentleman that gave them you;….'of doubles I have preserved in spirit of wine which I had at Montpellier (and as well conditioned as when first put into the glasses) a black, and grey scorpion*, a strange sort of locust, a large peice of chrystall with mosse in it, and a small parcel of rich silver ore'… 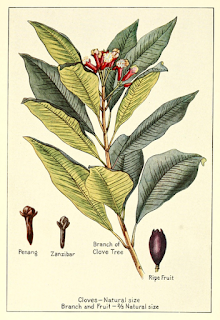 He also asks him to buy some desirable items:  " I heare there is lately a great Collection to be sold by auction at Amsterdam…amongst which are 2 Remoras if to be had at reasonable rates [20 shillings] I would willingly have them both, and what fine coloured Indian birds there may be…, the Insects that are Exotick of all kinds will be verry acceptable, espicially the great Phalangium [a venomous spider], the teeth of which are usually set in gold to make tooth picks of, the Tarantula of the spider* sort found in the Kingdome of Naples, for the other is a kind of Lizart and common all over Italy, the Stella arborescens [basket-fish] if to be meet with I should desire you to procure for me, amongst the seamen things may be had at easier rates than when they come into the possession of curious and knowing men…"
*  Evelyn mentions 'the spider and bird, scorpion, other serpent &c.' after visiting in 1691.

Charleton sent some seeds also via a Dr Hans Sloane, which is probably how Locke too became friends with Sloane.   On his death in 1702, Charleton left all his collections to Sir Hans Sloane, and so they ended up now dispersed among the British Museum, the Natural History Museum, the British Library and elsewhere.