"Eight for the April Rainers": In the old "Dilly Song",  they are often interpreted as the Hyades star cluster in the constellation of Taurus, the Zodiac sign for April. 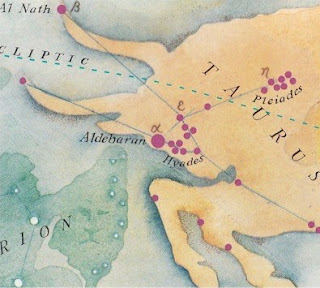 In Greek myth the Hyades are rain nymphs, the sisters of Hyas, the son of Atlas. They wept so copiously in their grief at his death that Zeus turned them stars.

Child
Your clear eye is the one absolutely beautiful thing.
I want to fill it with colour and ducks,
The zoo of the new

Stalk without wrinkle,
Pool in which images
Should be grand and classical

Not this troublous
Wringing of hands, this dark
Ceiling without a star. 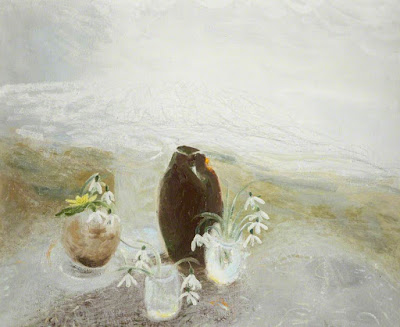 
© trustees of Winifred Nicholson
Posted by E Berris at 03:05