Libra: the Scales of Justice

"He shall have merely justice, and his bond." 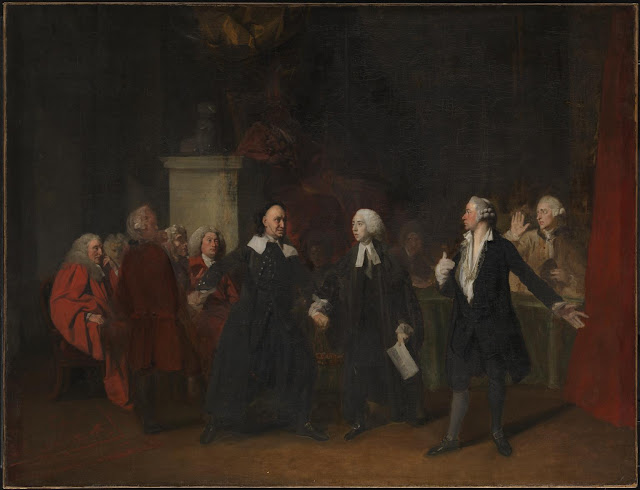 "Merchant:  Most learned judge! A sentence! come, prepare!
Portia: Tarry a little: there is something else.
This bond doth give thee here no jot of blood;
The words expressly are 'a pound of flesh:'
Then take thy bond, take thou thy pound of flesh;
But, in the cutting it, if thou dost shed
One drop of Christian blood, thy lands and goods
Are, by the laws of Venice, confiscate
Unto the state of Venice."
The Merchant of Venice, Act IV Sc. 1.  William Shakespeare

Many visitors in the audience at London's Globe Theatre are not that familiar with Shakespeare's plays.  I remember that there was an audible gasp at this point in the court scene as Portia plays her master stroke against Shylock - just as there must have been when the play was first performed around 1599.

Nearly 150 years later, at Drury Lane Theatre in 1741, Charles Macklin created another sensation by playing Shylock as a serious character, not the comic clown figure the eighteenth century had turned him into. 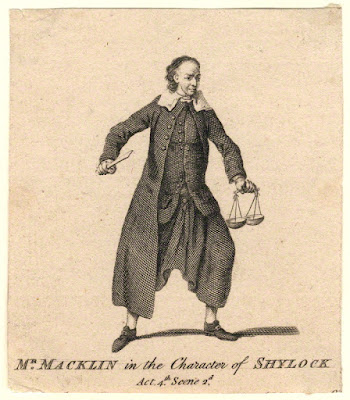 To get in character he researched the London Jews, their dress and accents, to create a believable stage persona, and not the old 'bogeyman' as was then customary.

The dramatic figure of Shylock on this Staffordshire teapot is based on engravings of Macklin in the role (not David Garrick as was once thought).  You can see the scales hanging from his arm, while his fingers are testing the tip of the sharpened knife, just as in this other engraving of the actor below. 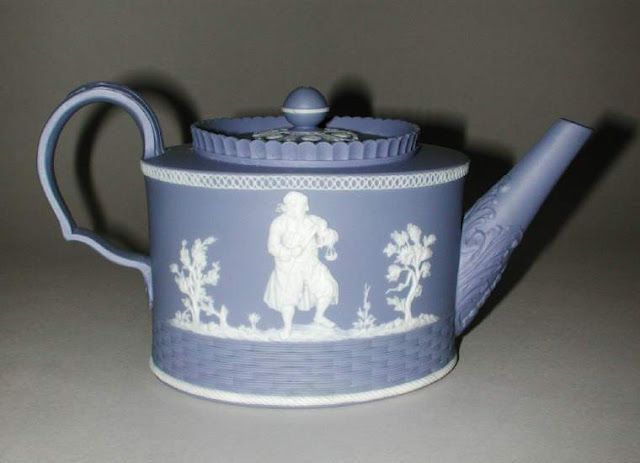 Macklin, known as "wicked Charlie Macklin", was a tempestuous character; he accidentally killed a fellow actor in a backstage quarrel, and was tried and acquitted of murder. Zoffany's painting above is thought to portray one of the judges on the left.  Macklin had a long successful career, his portrayal of Shylock making his name, and he spoke a few lines at his last stage appearance in 1789.
He was a Libran, born on 26th September, 1697 and died in 1797,  probably not quite the 102 years recorded on his memorial plaque in St Paul's Church, Covent Garden.
Posted by E Berris at 09:20