Saving Wedgwood 5. The Useful and the Ornamental

"Usefulness is no more than a condition to be fulfilled.  Grace in fulfilment is an extra, properly called art."     Style in Pottery  Arthur Lane (of the Victoria and Albert Museum)

Wedgwood divided his production into Useful and Ornamental Wares.  The Useful Wares, such as the creamware table services, funded his research and the design outlay on the costly Ornamental Wares. 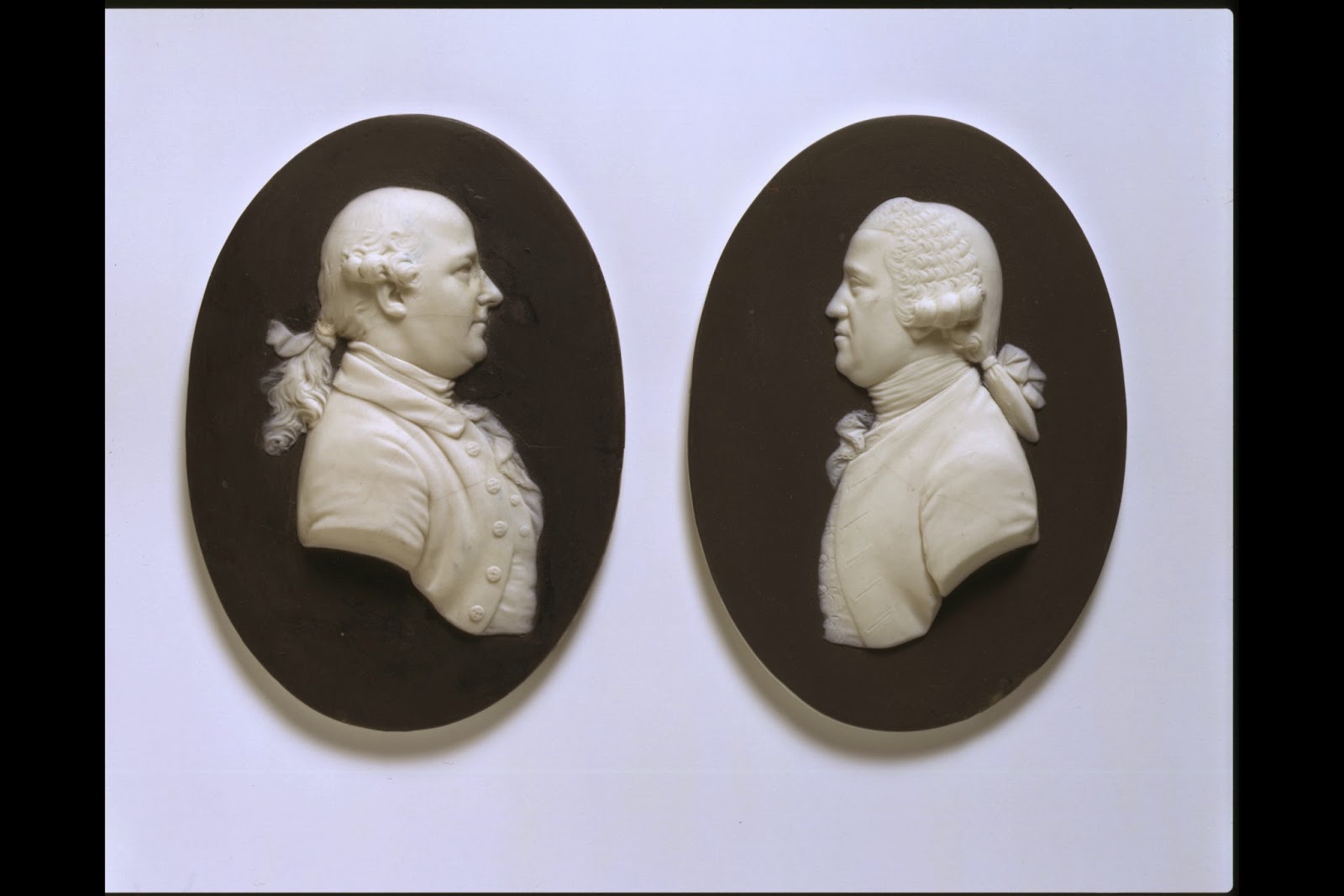 
Josiah met Thomas Bentley, a Liverpool merchant, on a visit to his suppliers in 1762.  Bentley became first Wedgwood's mentor, then his business partner ( in 1768) and lifelong friend.

Through Bentley, he widened his education in the arts and literature, and also gained introduction to the wealthy members of Society, who became his patrons and clients for Wedgwood's finest artistic wares  - the Ornamental goods, especially the classical-styled vases, which made the firm's reputation. Bentley oversaw the Ornamental wares, the jasper plaques, portrait medallions and statues and vases.

The fifty-four years of detailed correspondence between the two partners is a precious key part of the Wedgwood Museum archive.  (see www.savewedgwood.org)
Posted by E Berris at 04:19