In 1774, Josiah Wedgwood sent a dinner service of 952 pieces to Catherine the Great, Empress of Russia.  In 1995,  around three hundred pieces of this "Frog" service, (only a few of which had ever returned from Russia  for exhibition in England since 1774), were the climax of the V& A's 1995 bicentenary  exhibition, "The Genius of Wedgwood", on loan from the State Hermitage Museum, St. Petersburg. 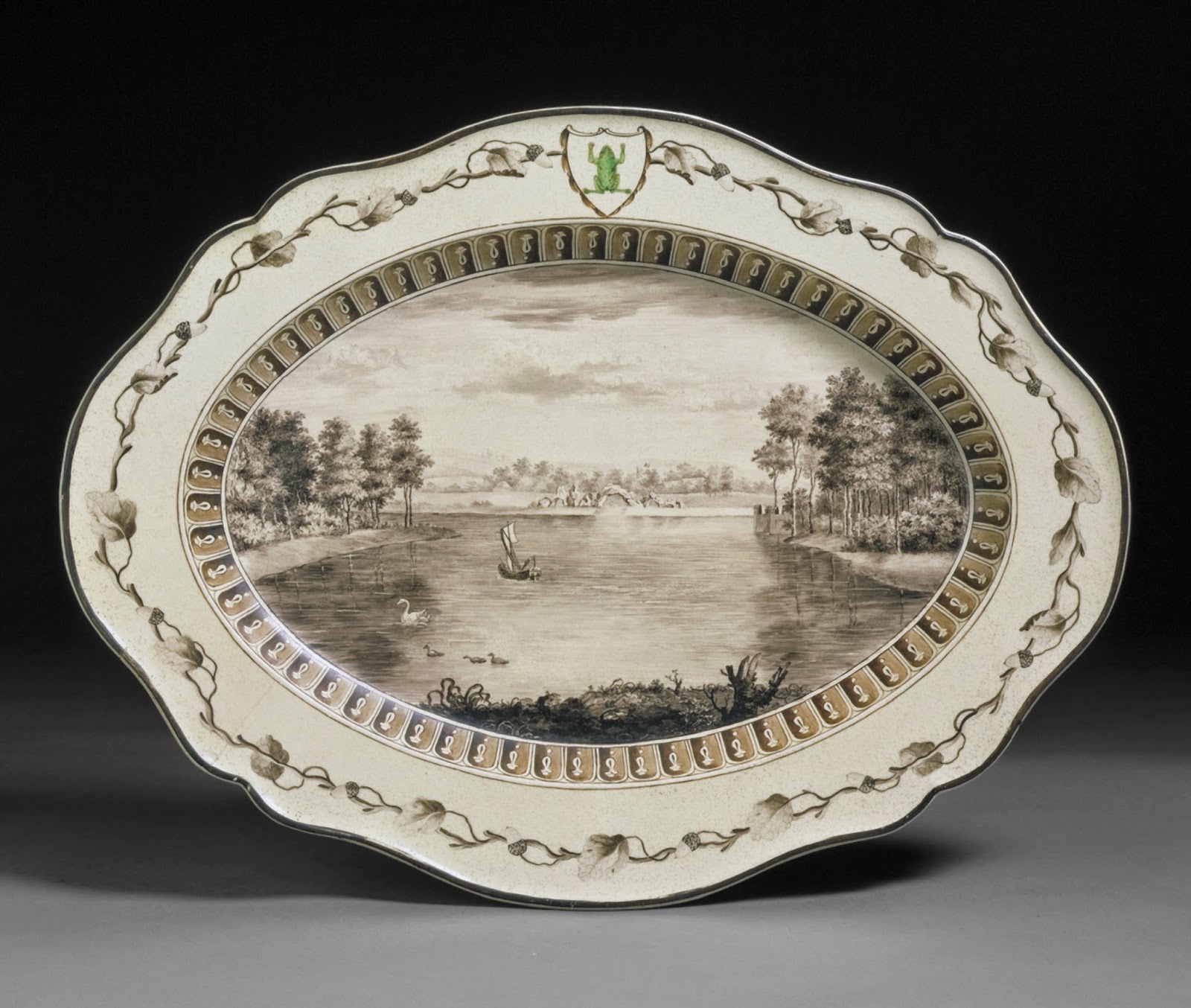 Creamware plate, hand-painted at Wedgwood's Chelsea workshop with a view of West Wycombe Park,  to be part of the service made for Catherine the Great, c. 1773-4, for her new summer palace outside St. Petersburg.  Each piece was decorated with a green frog motif, after the Frog Marshes where the palace was sited.


The Empress's new summer palace was built in the fashionable Gothic style, and her tableware was to be in keeping with its country setting: cream earthenware with no gilding, decorated with monochrome views of Britain's landscapes, great country houses, ruins, monuments and new industries.
"... the Gothic style carried connotations of uncorrupted strength and virtue, while the English landscape garden had become a celebrated emblem of liberty.  As an enlightened monarch, Catherine wanted to demonstrate her sympathy with these ideals."
© Michael Raeburn, "The Frog Service and its Sources"  in The Genius of Wedgwood, edited Hilary Young,  1995 © Victoria & Albert Museum 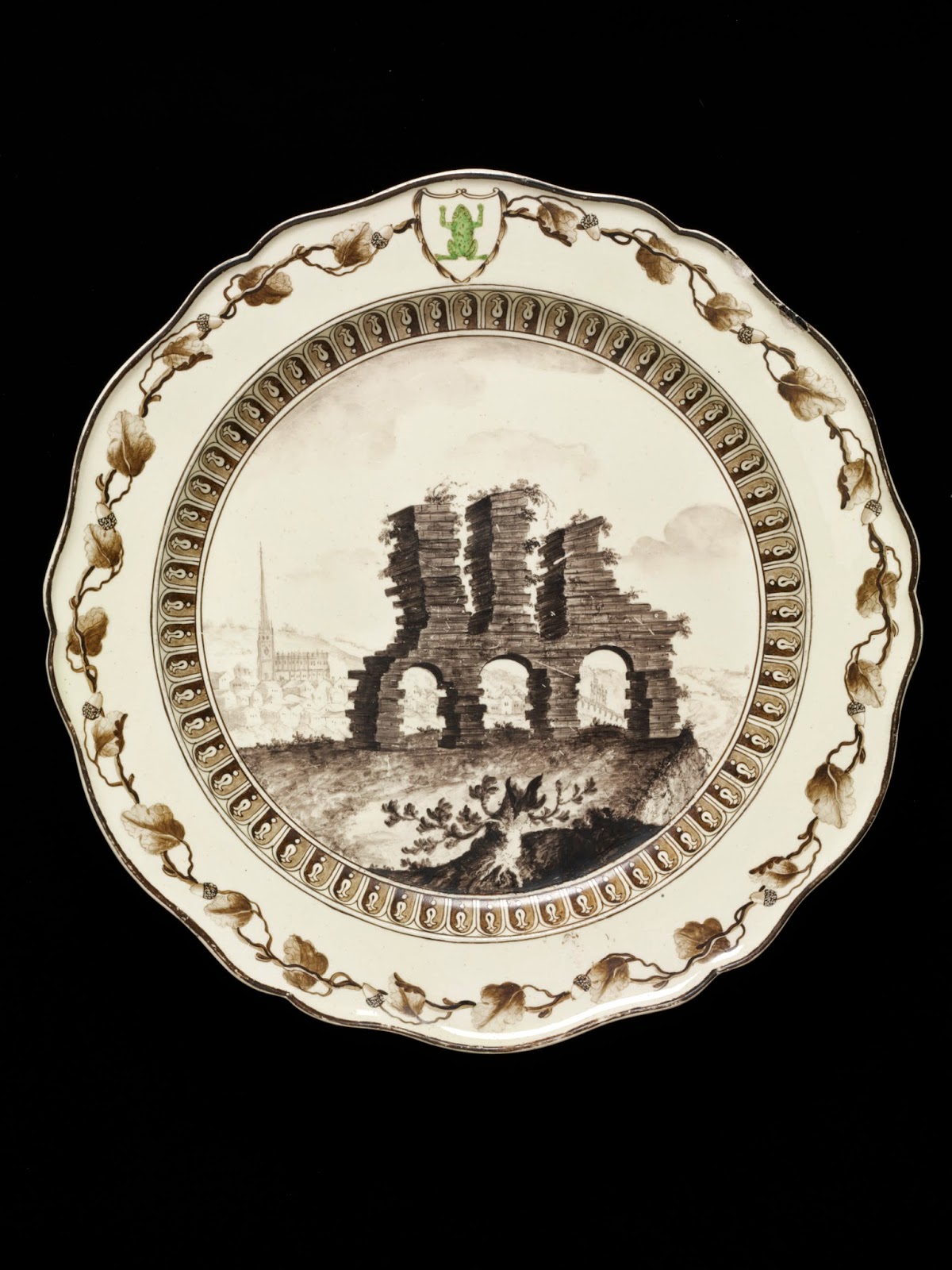 The service was displayed in Wedgwood's Greek Street showrooms in London, in June and July 1774, to great wonder and acclaim.

"It consists, I believe of as many pieces as there are days of the year, if not hours. …  There are three rooms below and two above filled with it, laid out on tables, every thing that can be wanted to serve a dinner; the ground the common ware pale brimstone, the drawings in purple, the borders a wreath of flowers, the middle of each piece a particular view of all the remarkable places in the King's dominions neatly executed.  I suppose it will come to a princely price; it is well for the manufacturer, which I am glad of, as his ingenuity and industry deserve encouragement."
Autobiography  Mrs Mary Delany

Hardly surprisingly, Mrs Delany misremembered some details: the garland borders were of acorns and oak leaves for the dinner settings and of ivy leaves for the dessert service.