Erasmus Darwin of Lichfield was a physician, botanist, inventor and philosopher.   From his friendship with Matthew Boulton, the Birmingham manufacturer,  was born the Lunar (or Lunatic) society, shortly to be joined by Josiah Wedgwood, Joseph Priestley, and James Watt, and other freethinkers. These friends and entrepreneurs met when the full moon gave them light to travel by, sharing ideas and discoveries  (and see The Lunar Men, by Jenny Uglow).  Erasmus and Josiah's close family friendship led to the marriage of their children, Robert Darwin and Susanna Wedgwood. 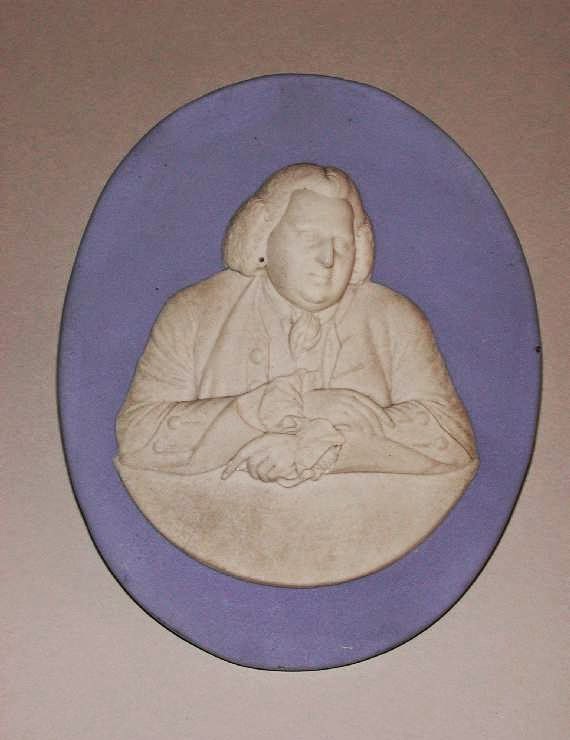 After his friend's death, Erasmus praised his achievements  in his poem The Botanic Garden of 1803,

"And pleased on WEDGWOOD ray your partial smile,
A new Etruria decks Britannia's isle.
Charmed by your touch, the kneaded clay refines,
The biscuit hardens, the enamel shines,
Each nicer mould a softer feature drinks,
The bold Cameo speaks, the soft Intaglio thinks."

This rich Waterlily design dinner service, based on accurate illustrations in botanical journals, was ordered for Erasmus's son, Dr. Robert Darwin (father of Charles) in 1807.  The brown underglaze printing was unusual and the overglaze gilding and hand-painted enamels made it expensive to produce;  production changed to the  much cheaper blue printing in 1811. 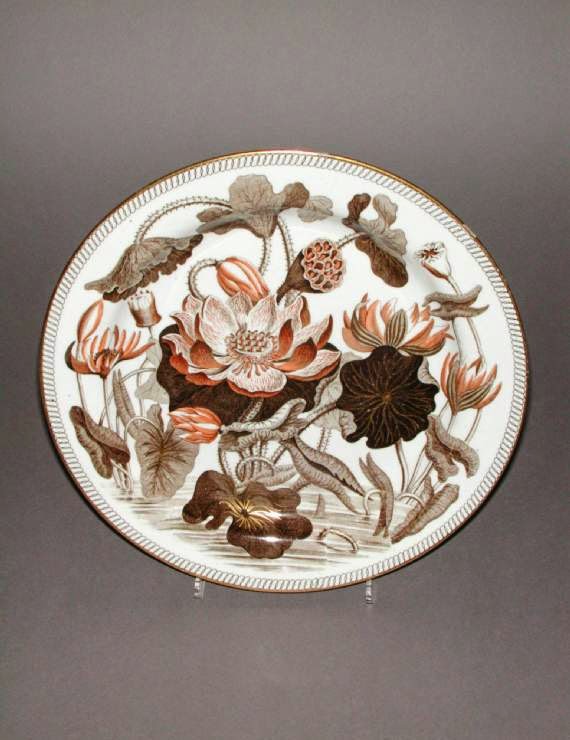