Wrapping "fork handles": a recycler turned collector to the rescue

One of the most spectacular rescuers of waste paper was collector John Ratcliffe (1707-1776), a chandler* from Southwark, who became fascinated by the old printed blackletter books (bought by weight) from which he, like other shopkeepers, tore out pages for wrapping his goods (candles, oil, soap, paint and groceries, according to the Oxford Dictionary).

St Mary Magdalen Church, Bermondsey, where he was baptised.

He kept a library at his home in East Lane, Bermondsey, where he entertained wealthy collectors with "Coffee and Chocolate every Thursday morning" and they could peruse his latest acquisitions, a gentlemen's social event.  If he (a tradesman by class) later sold them copies of the fine books they had admired, it was seen as acceptable between collectors.   Among those visitors were Dr Anthony Askew (who had 7000 Greek and Latin books and manuscripts), Topham Beauclerk, friend of Horace Walpole and Samuel Johnson,  and James West, MP and President of the Royal Society.  In his account of Bibliomania, or Book Madness  Thomas Dibdin compares their collections, judging  "West's more extensive, a magnificent repository,  and Ratcliffe's more curious, a choice cabinet of gems", with some thirty books printed by William Caxton. 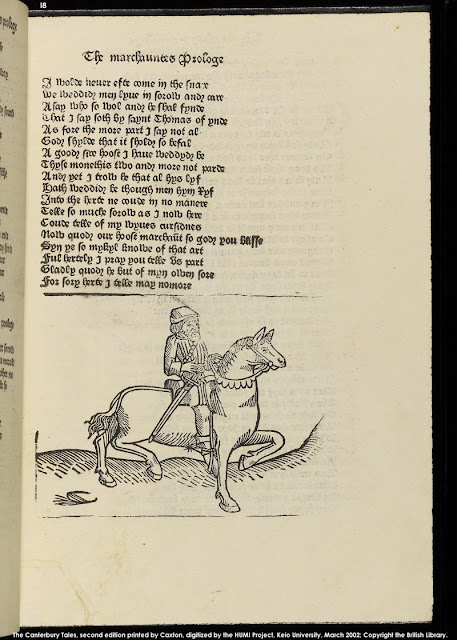 
Wealthy enough to concentrate on collecting, rather than selling candles, for the last forty years of his life,  Ratcliffe was able to change his shopkeeper's "brown peruke and Russian apron for a gentleman's embroidered waistcoat, velvet breeches and flowing periwig".   A Dissenter, every Sunday he was seen proceeding slowly down the lower road to Deptford,  with his hat and his gold-headed cane, to hear Dr Flaxman preach. 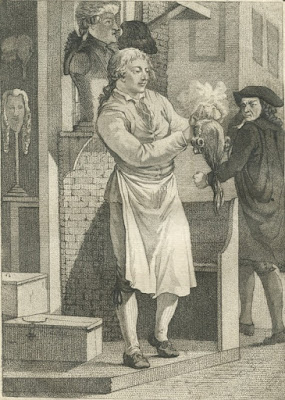 When there was a fire close by and he needed his furniture and books removed to safety, he was in the street lamenting the loss of his precious Caxtons, until a neighbour proudly produced two of his very costly periwigs, with no idea that Ratcliffe was making such fuss over a few books. (As ten year old Fanny Burney would say in 1762 when she and her playmates ruined a ten guinea wig in a water tub, "What signifies talking so much about an Accident? The wig is wet! … and what's done can't be undone.")

After Ratcliffe's death in 1776 his collection was sold by Mr James Christie. The British Library has an auction catalogue of the sale of  his library, Bibliotheca Ratcliffiana, annotated with prices achieved.   The Caxtons averaged around £9 a piece, with King George III buying a large number, which eventually were donated to the British Library.   Others from this "galaxy of Caxtons, Wynkyn de Wordes, Pynsons &c, &c," were purchased by collectors like Dr. William Hunter of Glasgow** (who paid £5. 15s. 6d for Higden's Polychronicon by Caxton),  and also ended up in public ownership.

Unlike the butcher Phineas Trott, who was tearing up an early Erasmus to wrap the meat in, we owe a great deal to John Ratcliffe, the little known Bermondsey shopkeeper.

Old Bermondsey,  the Abbey remains, from an engraving c. 1790


* An artisan whose trade it is to make candles:  Johnson's Dictionary
** Brother of Dr John Hunter, the anatomist,  my Collector no. 4.
Posted by E Berris at 07:16